It often begins with a feeling of discomfort in the interaction that cannot quite be pinpointed at first. Criticism is voiced which perhaps is not explicitly directed at you at first. But eventually it is. And it is not fact-based, but rather directed at you personally, and often connected with an emotional argument. For example, you are repeatedly accused of hurting someone’s feelings.

The nature of human relationships is such that conflicts arise from time to time. People can have conflicting interests, and there can be misunderstandings. In such cases, clarifying misunderstandings and negotiating a balance of interests may remedy the situation.

But what if you find yourself in a situation where that doesn’t work? When instead it suddenly becomes very personal? When a fact-based clarification is even actively impeded?

At that point, you can throw your ideas of a classic discourse, out of which the best idea emerges as the winner, overboard. Your ideas are not on trial, you are. It is not about factual arguments, but about you personally. From the point of view of the others, you are the problem!

You unexpectedly find yourself in the area of bullying, exclusion and cancel culture. You could also say that you are a victim of a psychological phenomenon known as splitting, which we know from contexts of narcissism and the “borderline” personality disorder.

One can understand splitting as a psychological defense mechanism in which all problems are simply projected onto a particular person or group. Complex interpersonal and situational problems that life simply brings with it are reduced to blaming the other person. And in this case, that is you. This is, of course, a much easier solution than really understanding the situation, the other person, and one’ s own contribution to the problem, but it is interpersonally fatal because it has a victim. In this case: you.

How can you defend yourself against that at all? What options do you have in such a situation?

In order to resist attacks, you must not take the bait of allowing yourself to be put in a position of justification. It is not a fair fight. The arguments are irrational and emotional. You will be picked apart if you allow the conversation to become about you.

Instead, you must arm yourself with an understanding of the attackers’ mindset and battle tactics and gain the courage to stand up to them. Your opponents’ goal is, at best, to force you into submission by shaming you, and at worst, to get rid of you altogether.

Coaching can help you to maintain your own mental health by helping you to build your own psychological resilience, and to understand the pathology behind the actions of those who bully you. You will have to learn not to care what people think or say about you, because your character will undoubtedly be called into question. In coaching, you will learn to implement communication and action strategies that will allow you to come out of this situation in one piece.

The confrontation with the exclusion mob can be won if only because these people are in no way grounded in reality. But if you are, you will be able to assert yourself.

You would like to talk to us about this topic? Then book your free preliminary talk now, without any obligation. We are looking forward to meeting you!

Do you feel called upon? You can imagine to “get down to business” with us? Or were you with us a long time ago and would like to come back now? That’s great! Feel invited to discuss your concerns with us in a free 30-minute preliminary online-meeting or phone call. You are welcome! Choose your time slot here:


Should the booking function not appear above this text, please deactivate all script and adblockers in your browser and reload this page – or click here. 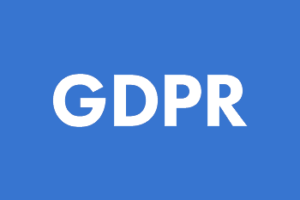 This website uses cookies to give you the best possible user experience. I recommend that you allow this by clicking on „Activate all“.

Alternatively you may adjust all of your cookie settings individually by navigating the tabs.

The Strictly Necessary Cookie should be enabled at all times so that this site can save your preferences for cookie settings.

If you disable this cookie, we will not be able to save your preferences. This means that every time you visit this website you will need to enable or disable cookies again.

Online advertising can be something very useful for all involved. Many people find this site through an Google ad or through Facebook. Maybe you did, too? To get feedback on whether this works, I use cookies from Facebook Connect and Google Adsense. These measure anonymously which way visitors came to this page.

Keeping these cookies enabled helps right people to find me.

This website uses Google Analytics to collect anonymous information such as the number of visitors to the site and the most popular sites.